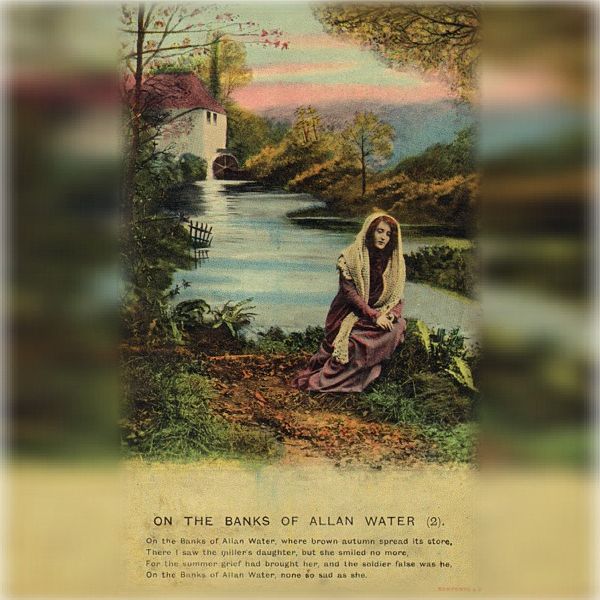 On The Banks of Allan Waters

The inspiration for this song occurred when I had my 'antique collector' hat on.
I acquired a long sought-after Symphonion, a fore-runner to the gramophone that plays perforated metal discs.
One of the discs that came with it was this tune, which is used to introduce the song.

'On the Banks of Allan Water' is believed to have been written by Matthew Lewis (1775-1818), the English author, socialite and one-time member of parliament best known for his gothic novel 'The Monk'. Although Lewis was an Englishman, his song refers to a Scottish river, the Allan Water, which rises in the Ochil Hills and joins the Forth south of Bridge of Allan. The song became very popular and features in Thomas Hardy's 1874 novel 'Far From the Madding Crowd'.