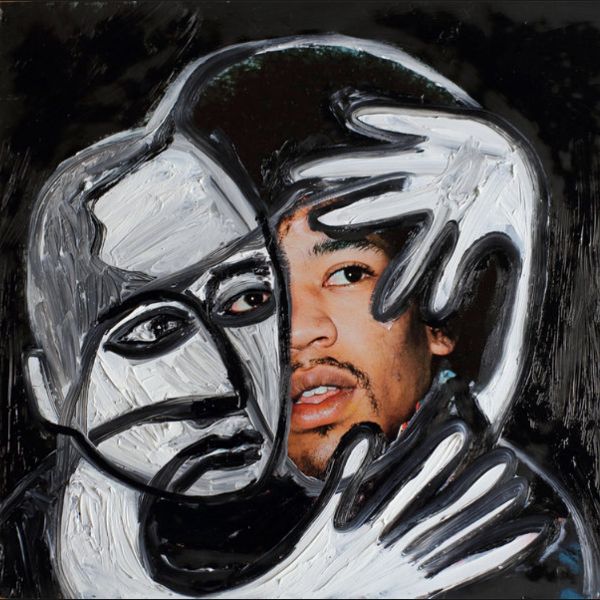 I was in Toronto eating at an outside table in Chinatown when I saw a homeless man that was a dead ringer for Jimi Hendrix.

It brought to mind the Islamic tradition of giving alms to the poor.   Was the figure really a homeless man or an angel in disguise testing our generosity?

V 1At a street-side table of a Chinese restaurant we had just started to eat.

When a figure that looked vaguely familiar stumbled up from the street.

He had far away eyes and splotchy black skin.  The waiter looked at him with scorn.

He held out his hand begging for change and everyone just looked away.

May look like a beggar out on the street.   No one knows where we go when we die.

We may reincarnate or just evaporate.   It?s the same for you and me.

He pointed at the plate in front of a man who was trying to eat with chopsticks.

That costs 10 dollars said the waiter.  Jimi just moaned and turned away.

How long had he wandered how long since he ate.  When did he loose his way?

And the city swallowed him up as he wandered off into his purple haze.

They may look like beggars out on the street.   No one knows where we go when we die.