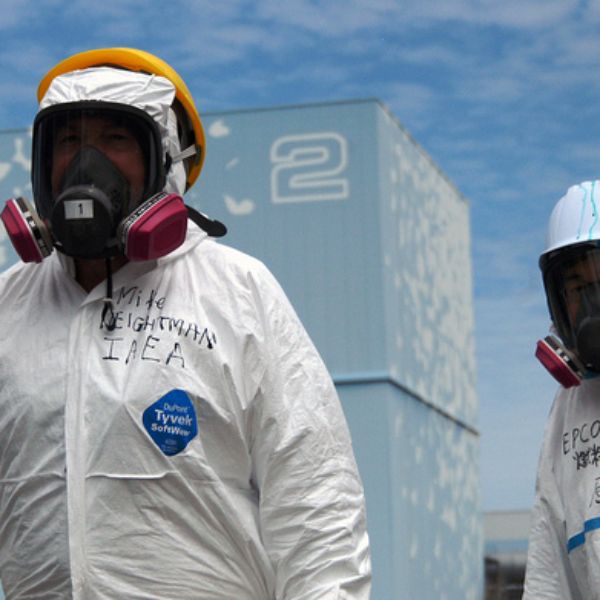 I wrote this song shortly after the Tsunami that hit the coast of Japan after the massive 8.9 magnitude Earthquake struck just off the coast.  Watching the news feeds and seeing the devastation, then the ensuing radiation leakage from the nuke plants at Fukushima....I felt as though the Devil had to be laughing his ass off at the only now obvious stupidity that would have us (humans in general) playing with nuclear energy and risking it all so close to the shore where it would be even more at risk of catastrophic events...

As a mostly solo artist, I struggled with completing the song in a time frame and manner that would give it a worthy presentation for others to hear, and Kompose offered the opportunity to seek out some help.  Fabien C (NoisyLingus) graciously provided a Bass track that was a perfect fit for what I was looking for but couldn't produce myself.

Ultimately I would like to have had a much better drummer than myself lay down the beats, but settled for what worked and with what I had.

The Earth violently quakes from the core...

and the sea rising sudden, heading for shore,

this coast line city is buried in rubble and waves.

Only those on high ground are saved...

tiny island nations power plant is too close to shore...

the cooling systems failed in reactors 2, 3, and 4.

The explosions release gas clouds in the air...

a radioactive, black rain, poison sky for all to share!

Desperate attempts by Men to douse the fires..

an act of God? but ends, because 'they' couldn't leave the world alone!

Floodwaters recede, leaving nothing but debris,

For those who survive and as fate would decide...

the challenge remains with the seed in the sky...

silent death comes just for you and for me..

slowly but steady we'll all feel the 'blast',

a legacy to last!