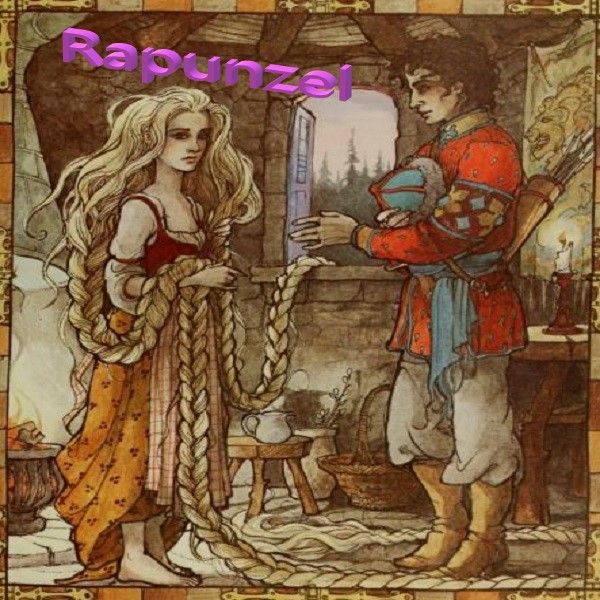 This is the first song in our latest project loosely titled "As Grim(m) As It Gets".These set out to be adding some twists to the already twisted tales of the Brothers Grimm.

Rapunzel, Rapunzel Let down your long hair
So I may climb your golden stair
This is what the witch would say
When she came to visit Most every day

Life for Rapunzel was boring
She hated her witch given name
To escape was her obsession
So, she played a waiting game

Now in many a fairy story
Prince Charming must come along
By chance, one rode by the tower
Entranced by Rapunzel's song

Rapunzel, Rapunzel Let down your long hair
So I may climb your golden stair
Prince Charming used the witch's words
That, most fortunately, He'd overheard

No bird-brained blonde, Rapunzel
She knew he wanted just one thing
His intention was to woo her
Didn't care that she could sing

Sweet Prince Charming, you're my saviour
Rapunzel blushingly said
I'll let down my long blonde tresses
Come quick so we may be wed

Rapunzel, Rapunzel Let down her long hair
The Prince climbed up the golden stair
Rapunzel's beauty left him stunned
The heart of the fair lady He thought he'd won

Rapunzel, Rapunzel Cut off her long hair
Tied the braid to a heavy chair
Through the window quickly climbed
Down the long blonde tresses Left her old life behind